Township Yogi Project is bringing empowerment, and hope to townships in South Africa and Namibia – through the power of yoga.

The Township Yogi Project aims to change the lives of people suffering from the devastating effects of HIV/Aids, unemployment, poverty, substance abuse, crime, and violence in townships in South Africa and Namibia – through the power of yoga.

After witnessing the devastating effects of the social issues faced by township dwellers in Kwa-Zulu Natal, a team of yoga practitioners decided to launch the Township Yogi Project in 2013. They set up grassroots yoga clinics in townships – to bring about transformation in the lives of those living a tough, tense, stressful existence in poverty-stricken township areas.

And the project is bringing a sense of peace and a way of coping, to people who need the physical, emotional, and spiritual tools that yoga gives. And to manage their lives in a better way.

In addition to offering free yoga classes to schools, clinics, hospices, and drug rehabilitation centres, another important aspect of the Township Yogi Project involves training unemployed people from townships as certified yoga teachers, so that they can go back into their communities, teach yoga, and bring about change from within their communities.

It has been scientifically proven that regular practice of Yoga relieves stress, helps strengthen the immune system and improves overall physical and emotional well-being. International studies have proven that yoga benefits people with TB and HIV, in several ways. Yoga can assist with stress reduction, and help ease some symptoms, as well as the side effects of HIV medications, including joint pain and digestive problems. Other studies have shown that yoga can improve mental health, body image, and even help prevent the spread of the virus by encouraging a more pro-active approach to care and treatment. Yoga is all about breathing and improving lung capacity, and numerous studies have shown the benefits of yoga in treating people with TB.

Studies have also shown a significant and lasting effect of meditation on drug and alcohol abuse. Many addictions begin as a coping mechanism or a way of filling a spiritual or emotional void. When this is replaced with yoga, people in treatment for addiction can learn to deal with their emotions and environment in healthier ways. Yoga also shows potential as a treatment for drug addiction through demonstrated anti-depressant and stress reduction effects. The intense breathing patterns in forms of yoga such as Kundalini, release the body’s natural pleasure-producing endorphins, so a healthy yoga practice is a wonderful complement for addictive behavior treatment, helping to restore the brain’s dopamine functions to healthier levels.

The Township Yogi Project believes that Yoga has the power to change lives effectively. Since its inception, it has garnered support from the global yoga community, including actor/producer Blair Underwood who has assumed the role of ambassador for the project.

The NPO relies heavily on donations to operate and grow into new areas. Funding is completely reliant on donations and all administration work is done voluntarily. The only ‘salaries’ paid by Township Yogi Project are the small stipends paid to township yoga teachers, once they qualify and start teaching their communities.

‘Township Yogi’ – focuses on six township yoga students whose lives are irrevocably changed through the power of yoga.

To assist the fundraising efforts of the project, a documentary has been produced by GreenShoot Films that look at the way Yoga can bring about positive transformation in townships in South Africa. The potential of amazing stories coming out of the project, made sense to film a documentary and give a part of the profits of the film to the project, as a means of fund-raising and continuing the project into the future. The documentary – called ‘Township Yogi’ – focuses on six township yoga students whose lives are irrevocably changed through the power of yoga. The film will be released on International Day of Yoga, 21 June 2020.

The intention is to use profits from the film to sustain the Township Yogi Project and grow it into other townships in South Africa and other countries in Africa. And through this, affect individuals, families, neighborhoods and broader communities, and bring about lasting, positive change. 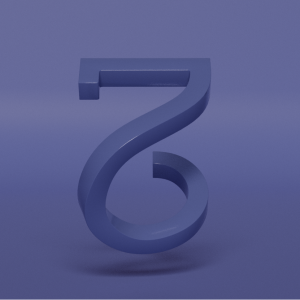